A Criminal Lawyer's Take on Dealing with Possession, Conspiracy, and Entrapment in Miami Beach and Surrounding Areas

SUBMENU
1.58k
Facebook Twitter LinkedIn Google+ Pinterest WhatsApp Email Copy link Your browser does not support automatic copying, please select and copy the link in the text box, then paste it where you need it. 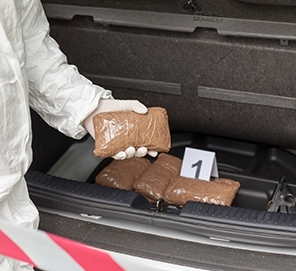 As a Florida criminal lawyer, I've seen some very interesting cases dealing with drug crimes. As always, I help my clients get the best outcome. Here are a few important things to know if you're facing drug charges in South Florida.

Most drug cases involve the search of an individual or a place, such as a house or building. As such, either a search warrant is required or some valid exception to the search warrant requirement. This is a protection afforded by the Fourth Amendment to the United States Constitution and is a weapon in every Criminal Defense Attorneys arsenal. If the Police did not follow proper procedures or did not have probable cause, then there is an "exclusionary rule" that forbids the admissibility of the drugs which were seized. Drug cases also frequently touch on the Fifth Amendment when a person confesses to owning the drugs.

It frequently happens that there are multiple people present, or in the proximity of drugs and on a case-by-case basis, the Prosecutor and the Court needs to decide who is culpable. For example, possession falls into two categories:


Actual Possession is when a person "actually" has the drug on them or very close to them.

Constructive Possession is where one or more people have the ability to control the substance. For example, two people are sitting on the living room couch and there is Cocaine on the table directly in front of them. Either one could easily reach over and take control of the Cocaine. Neither person is actually holding the cocaine, but both of them are clearly in constructive possession of the cocaine.

The concept of constructive possession becomes murkier in various situations  for example, when there are several people in a car and police find drugs in the trunk. The owner or driver of the vehicle is likely to be considered in constructive possession. What about the passengers? What if one of the passengers placed the drugs into the trunk, unbeknownst to the owner or driver of the vehicle? Likewise, another example occurs when drugs are found in the living room of a home where numerous people are in the house, none of whom are anywhere near the living room at the time the Police enter and find the drugs.

Frequently, in these cases of "multiple occupants", the Prosecutor may decline to prosecute the case because they cannot necessarily prove that any one person was in constructive possession of the drugs.
In Federal cases, much of the same holds true. Additionally, it is a substantive offense to participate in a drug "Conspiracy". A Conspiracy is an agreement to do something illegal. A Conspiracy must be an agreement between at least two people. It cannot be a Conspiracy where one person makes an agreement with an undercover police officer.

In a Conspiracy, it's not necessary that any drugs are ever possessed. For example, two people agree to buy a Kilogram of Cocaine. They show up at a designated place to meet the drug supplier with $20,000 in cash in their possession. The drug dealer turns out to be the Police and the two men are arrested and charged with Conspiracy. The two men never actually possessed any drugs. In these cases, the proof is oftentimes some type of recording of the agreement to commit the illegal act. Federal drug cases do not have to cross State lines or International borders. All activities can occur in one State because there is a specific Federal Statute in effect.

One affirmative defense to drug cases is the concept of "Entrapment". Entrapment requires that a person who is not pre-disposed to committing a crime is enticed into committing the crime for which they are then arrested. For example, a man who lost his job is sitting in a bar drinking away his sorrows. Another person, perhaps someone working as an Informant for the Police, strikes up a conversation with that man. They suggest that he can make some money delivering drugs. At first, the man does not want to be involved in any illegal activity and says no that he does not want to be involved. The individual continues to entice the person with the promise of a large sum of easy money. Eventually the man agrees that he will deliver the drugs. The man is provided the drugs and while in the process of the delivery, he is arrested. That would be classic Entrapment. The Entrapment defense does not work where someone is "predisposed" to committing the crime. For example, if a person has a long history of being a drug dealer, or if the person is looking to be involved in the drug crime, usually the Entrapment defense will not be permitted by the Court.

1.58k
Facebook Twitter LinkedIn Google+ Pinterest WhatsApp Email Copy link Your browser does not support automatic copying, please select and copy the link in the text box, then paste it where you need it.