SUBMENU
1.54k
Facebook Twitter LinkedIn Google+ Pinterest WhatsApp Email Copy link Your browser does not support automatic copying, please select and copy the link in the text box, then paste it where you need it. 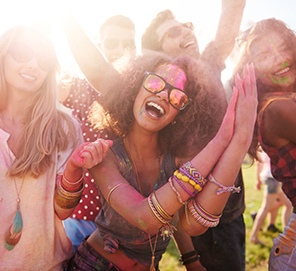 The Ultra Music Festival is an annual event held in downtown Miami that attracts lovers of Electronic Music and Electronic Dance Music. The best DJ's in the world perform, drawing as many as 115,000 people in 2012. Sometimes, fans enhance the experience with the use of drugs such as MDMA (Ecstasy), Molly (a blend of MDMA and other "bootleg" and substances in a pill or capsule), LSD (acid) and hallucinogenic mushrooms. Also, cocaine, Ketamine (Special K) and other drugs are often used

As a Miami criminal lawyer with over 30 years of experience, I feel it is necessary to offer concrete advice on the risks that go hand-in-hand with the festival. Legally speaking, all of these are controlled substances, and the punishment for possession is felony charges. If an amount deemed more than for personal consumption the accused is sometimes arrested for Possession with Intent to Sell. Even greater weights can be considered Trafficking, with mandatory prison sentences which can be up to 15 or even 25 years.

Also, please be aware that a relatively new drug exists called "Flaka", which is extremely dangerous both to your health and because people have been known to engage in bizarre, violent behaviors. PCP is also known to have similar dangerous effects on people who take it.

And, many people die each year from overheating due to Molly or Ecstasy, which can raise the body temperature to 106 degrees and above.

It is always unfortunate when a young person decides to have fun at a concert and instead, ends up in serious criminal trouble. I have represented many of these clients. Another common charge occurs when people attempt to bring similar drugs on cruise ships. If you or your friends find themselves in trouble with the law on drug charges call the Jeffrey Feiler Law Firm at (305) 670-7700 for help.


1.54k
Facebook Twitter LinkedIn Google+ Pinterest WhatsApp Email Copy link Your browser does not support automatic copying, please select and copy the link in the text box, then paste it where you need it.