SUBMENU
1.52k
Facebook Twitter LinkedIn Google+ Pinterest WhatsApp Email Copy link Your browser does not support automatic copying, please select and copy the link in the text box, then paste it where you need it. 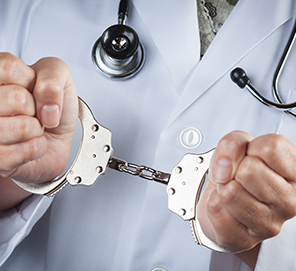 A former client of mine recommended a friend to me. A local doctor, who was facing very serious charges, was looking for a local Miami criminal defense attorney to help him with a very unusual case.

This middle aged doctor had fallen in love with a very manipulative, attractive young woman who had a history, unbeknownst to the doctor, of being a drug dealer. She asked the doctor to make her a batch of methamphetamine. He did not want to, but she threatened to leave him. Surely, he did not love her if he wouldn't do this for her!

Finally, the doctor reluctantly agreed. However, he didn't even know how to make it! He bought over the counter stimulants and mixed them up with other benign powders. He provided her with a couple of pounds of white powder and told her it was the meth she had requested.

She then attempted to sell the kilo. However, the buyers were actually undercover cops. She was arrested for Trafficking in Methamphetamine. When the police questioned her, she immediately handed up the doctor as the manufacturer and even claimed he was the dealer who sent her. What a piece of work!

The doctor was arrested for Trafficking and Conspiracy to Traffic Methamphetamine, a charge for which he faced decades in prison.

I made a Motion for independent testing of the substance. The report substantiated that the stimulant was actually a composite of legal, over-the-counter homeopathic powders and other powders that contained no drugs.
Eventually, I was able to reach an agreement with the state reducing the charge to Possession of a Counterfeit Substance and a short term of probation.

I also represented the doctor before the Florida Board of Medicine and was able to save him from losing his medical license.

If you want information or need representation in a criminal drug case, call the Jeffrey Feiler Law Firm at (305) 670-7700.

1.52k
Facebook Twitter LinkedIn Google+ Pinterest WhatsApp Email Copy link Your browser does not support automatic copying, please select and copy the link in the text box, then paste it where you need it.