Are the Police Allowed to Search Your Cell Phone?

SUBMENU
2.08k
Facebook Twitter LinkedIn Google+ Pinterest WhatsApp Email Copy link Your browser does not support automatic copying, please select and copy the link in the text box, then paste it where you need it. 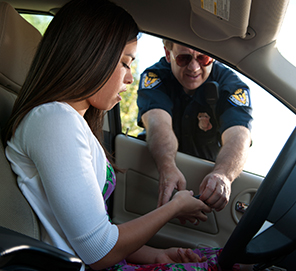 When an individual is detained or arrested, the police may seize (take) his or her cell phone. Can they look at what it contains? The answer is yes and no.

If you give your consent, and agree to have them look at the contents of the cell phone, then anything they obtain could be used as evidence. Otherwise, they usually need a warrant (see below for why they may not need one).

Today, cell phones contain a great deal of personal information, including the names of personal contacts, recent conversations and texts, pictures, and financial information. A citizen probably does not want the police to view that information.

The Fourth Amendment to the United States Constitution assures citizens that their possessions and property will be safe from unreasonable searches and seizures. This Amendment has been the subject of a great deal of legal interpretation over the years particularly about the expectation of privacy and when that expectation exists.

Generally, police must either have a warrant or an exception to the warrant requirement in order to seize property and to search the contents. Last year, the United States Supreme Court issued their ruling in Riley v. California, affirming that, in most situations, police do in fact need a warrant to search a cell phone.

However, there are exceptions to the Supreme Court's ruling that law enforcement officers must first obtain a warrant in order to search your cell phone. For example, the most common exception is "consent". Consent is supposed to be freely and voluntarily given, but sometimes the police will attempt to obtain one's consent through coercion.

There is an "exclusionary rule", which prohibits unlawfully obtained evidence from being admitted in Court. Another exception is the "exigent circumstances" doctrine, which permits an officer to conduct a warrantless search under severe or emergency circumstances, such as, to prevent an attack or avert a disaster.

For more information about the Fourth Amendment, when the police can search and seize property or any aspect of criminal defense, feel free to contact your Miami criminal defense lawyer: Jeff Feiler at The Feiler Law Firm at (305) 670-7700 or JFeiler@JeffreyFeiler.com.

2.08k
Facebook Twitter LinkedIn Google+ Pinterest WhatsApp Email Copy link Your browser does not support automatic copying, please select and copy the link in the text box, then paste it where you need it.