SUBMENU
2.09k
Facebook Twitter LinkedIn Google+ Pinterest WhatsApp Email Copy link Your browser does not support automatic copying, please select and copy the link in the text box, then paste it where you need it. 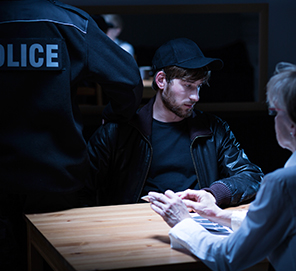 As an attorney with vast experience in South Florida, I often get questions about entering a plea and reduced sentences. As your go-to Florida criminal lawyer, I'd like to offer some clarification on Substantial Assistance, Departures, and Variances.

In Federal cases, when a person enters a guilty plea at their Plea Hearing, a Sentencing Hearing is then scheduled for about 70 days later. A U.S. Probation Officer prepares a Pre-Sentence Investigation Report (PSI). In addition to factual information about the case and personal information about the Defendant, the PSI addresses the Sentencing Guidelines calculation. The Judge is guided by the mathematical calculation to determine a range of how many months in prison the Defendant is recommended to serve. Although advisory, Judges tend to sentence close to the calculation provided by the guidelines. The Judge can "vary" and/or "depart" from the guidelines when he or she feels it is warranted.

Variances from the recommended range are usually granted in accordance with US Code 18 Section 3553. These variances are also known as the 3553 factors. In summary, those include:


Your lawyer typically files a Sentencing Memorandum, or Objections, to the PSI. This is designed to alert and inform the Judge that the Defendant is seeking a Variance in advance of the Sentencing Hearing. Strategically, a lawyer may wait until the Sentencing Hearing, however, the Judge may have their mind made up before getting on the bench. This is a big reason to give them food for thought in advance of the court date.

Note: when entering into a Plea Bargain involving a written Plea Agreement with the Government, it is crucial that there is no provision which prevents the Defendant from arguing for a Variance or Departure. If the Attorneys agree they will "jointly recommend a Sentence in the Guidelines range", then the Attorney has essentially agreed not to seek a Variance or Departure.

Most frequently, a 5K1.1 Departure is based upon the Defendant providing Substantial Assistance to the Government.

Substantial Assistance, commonly referred to as "Cooperation", means that the accused will be giving information to the government to incriminate another person or people. It could be within the existing case or in regard to another unrelated matter. This is no fun for the Defendant, who invariably will suffer the anxiety of wondering whether the people they "rat out" will try to seek vengeance against them or their family. In my experience, retribution occurs very infrequently. However, in rare instances I have seen cooperating witnesses hurt or killed. The Government will not be able to protect them. Nevertheless, the vast majority of defendants who cooperate are not attacked. Clearly, if something were to happen to a witness, these would be the first that law-enforcement would investigate, and they know it!

The timing of Substantial Assistance/Cooperation can occur before, during, or after the Defendant's criminal case. If after Sentencing, the Defendant can receive their benefit pursuant to Rule 35 of the Federal Rules of Criminal Procedure. This can usually happen up to one year after. The Government has the sole right decide whether to give a Defendant a benefit or not. Unless the Government acts in "bad faith" by not making a Motion for Reduction of Sentence, the decision of the Government is "unreviewable". Once the Government makes the Motion, it is up to the Court to decide how much of a sentence reduction to award the cooperating Defendant. The Government typically recommends about 25% (20-33%), however I have seen 50% reductions for extraordinary cooperation. More often, I have seen the Government decline or give only a nominal recommendation when they could have given more. These Motions are particularly useful where a Defendant is facing a minimum mandatory sentencing provision. Substantial Assistance is a way around the typical five- or ten-year drug case minimum mandatories.

In State Court, at least in Miami, the Prosecution does not often use Conspiracy charges. As such, there are few multiple co-defendant cases. As such, there is seldom need for co-defendants to testify against each other. Also, the only type of case where Substantial Assistance is routine is in Drug Trafficking cases. Defendants cooperate to get a waiver or reduction of the minimum mandatory sentences. This may also occur perhaps in the most serious cases, such as Homicide cases.

Again, there are Rules that sometimes provide for Departures and may determine when a Defendant may seek a Variance. Pre-Sentence Investigation Reports are allowed but unusual in State criminal cases. Sentencing hearings are also uncommon. Unlike in Federal cases where the Prosecutor can only make non-binding recommendations to the Court, in State cases, the Prosecution and Defendant typically agree upon an exact Sentence which the Court is asked to ratify. The State Court, with rare exceptions, will Order the Sentence that the parties have agreed on.

Substantial Assistance and the other forms of Sentence reduction such as "Safety Valve" and "(Early) Acceptance of Responsibility" are valuable tools which a Criminal Defense Attorney can use to substantially reduce their Client's exposure.


2.09k
Facebook Twitter LinkedIn Google+ Pinterest WhatsApp Email Copy link Your browser does not support automatic copying, please select and copy the link in the text box, then paste it where you need it.