SUBMENU
1.53k
Facebook Twitter LinkedIn Google+ Pinterest WhatsApp Email Copy link Your browser does not support automatic copying, please select and copy the link in the text box, then paste it where you need it. 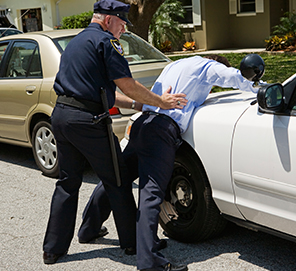 Criminal acts are defined by the federal congress or a state legislature and are usually punished by fines or jail time. The law presumes that any defendant accused of a crime is innocent until proven guilty. It is beneficial for those who encounter the accusation of a crime to obtain the help of an experienced criminal defense attorney. Criminal defense attorneys handle a variety of criminal cases and every case is classified under a certain category. The following list provides an overview of several cases within the category of DUI and controlled substances.

The term DUI is an abbreviation for driving under the influence. When a person is charged with a DUI it signifies that they were caught operating a vehicle while intoxicated by drugs or alcohol. These charges are determined by the driver's blood alcohol concentration (BAC). There are several ways to obtain a BAC including blood, breath, and urine tests. While DUI penalties vary depending on the state they typically consist of fines, community service, driver's license penalty points, and prison time for repeat offenders. Criminal defense attorneys can assist DUI offenders, helping them avoid jail by obtaining a lighter sentence or having the case dismissed.

This charge consists of two components divided by the possession and the intent to sell. An offender can be charged with possession of controlled substances even if they did not initially possess the drugs when they were caught. In this situation, the case is referred as constructive possession indicating that the drugs were found on the offender's property. In a constructive possession charge, the offender either had prior knowledge to the existence of the drugs or had the ability to manage them. The intention to sell drugs is proven by circumstantial evidence. Circumstantial evidence can be displayed through a variety of ways including the quantity of drugs possessed, drug paraphernalia related to drug distribution, possession of excessive amounts of cash, and suspiciously consistent brief visitations to the home. Drug possession for sale is a felony charge punishable by fines and prison time. A criminal defense attorney can provide several defense options against drug possession for sale cases. In some instances, a criminal defense attorney can prove that the drug possession was for the offender's personal use and not for sale. If this case can be proven the sentence can be less severe, consisting of drug rehabilitation or diversion programs instead of prison time.

This type of case consists of growing, creating, or possessing certain items that are utilized to produce illegal drugs for distribution. Drug production evidence may include marijuana seeds, plants, laboratory equipment, and suspiciously large amounts of ingredients used to concoct illegal drugs. Cold medicine is an example of a drug ingredient that is used to create methamphetamine. Drug production usually takes place on farms, greenhouses, abandoned buildings, or residential properties. When an offender is charged with drug cultivation, several factors will determine the severity of their punishment. The primary factors that determine whether the charge will be a misdemeanor or a felony is the quantity of drugs cultivated and the intention behind the cultivation. Drug cultivation penalties can include fines and prison time. However, the severity of these penalties are determined by the type of drug cultivated. A criminal defense attorney can assist drug cultivation offenders by creating a defense in court suited to their case. They can help reduce the set of penalties charged against the offender.

The proper criminal defense attorney can effectively represent and defend an individual in court who has violated drug and alcohol laws. They can help offenders gain the most successful outcome by assembling an effective defense strategy.
An expert Miami criminal defense attorney from The Feiler Law Firm can help individuals facing serious charges related to DUI or controlled substances. They can ensure that offenders are treated and tried fairly throughout the entire process. Call The Feiler Law Firm at (305) 670-7700 to protect your rights during the most strenuous times.

1.53k
Facebook Twitter LinkedIn Google+ Pinterest WhatsApp Email Copy link Your browser does not support automatic copying, please select and copy the link in the text box, then paste it where you need it.