The Temptation, The Repercussions, and Your Options
SUBMENU
1.51k
Facebook Twitter LinkedIn Google+ Pinterest WhatsApp Email Copy link Your browser does not support automatic copying, please select and copy the link in the text box, then paste it where you need it. 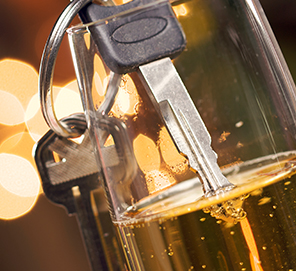 Driving Under the Influence, or Driving While Intoxicated as it is labeled in some places, is considered a serious crime and is punished accordingly. The societal stigma corresponding to this crime stems from its potential to cause harm and the fact that its perpetrators have full knowledge of this potential. Every year, laws regarding DUIs and DWIs are becoming more and more stringent in the hopes that they will deter people from drunk driving. But because DUI legislation and punishments vary from state to state, a DUI lawyer is often necessary to properly defend oneself against this type of charge.

The Temptation
Unfortunately, the possibility of being tried for drinking and driving is the farthest thing from holiday season revelers' minds. Their main focus is on enjoying time off from work and having a good time. For most people, this involves imbibing an excessive amount of alcohol. When one's brain becomes addled, the dangers of drinking and driving are easily forgotten.

Sometimes, even a few glasses can land a person a DUI. For instance, a minor traffic violation can result in being subjected to a field sobriety test, a test for Blood Alcohol Content (BAC) or having your breath analyzed to reveal your level of intoxication. In most states, a BAC of 0.08 is the legal limit, and a higher finding is grounds for a DUI.

The Repercussions
The minimum penalties (there are usually more than one) for a DUI conviction are heavy fines (about $400 to more than $1,000), community service (at least 40 hours), temporary license suspension and even some jail time (from three days or more). In addition, depending on the state, one's car may be impounded and the court might impose mandatory counseling, put you on house arrest and have breath analyzers installed in your car. All of this will be paid from the pocket of the person convicted. The penalties increase for every repeat offense within 10 years of each other.

There are other repercussions that go beyond the punishment set forth by the court. For instance, the jail time, fines and other expenses will result in financial difficulty, especially for middle or lower class people. Employment will also be adversely affected as this goes on the record. Time in jail might also result in being shunned from social circles. Even those who earn more and can easily pay the fines will find the other penalties can become a significant burden. This can quickly drain away holiday fun.

Your Options
A person may opt to act as his or her own counsel in court. However, because legislation is constantly changing and each state has its own set of rules, a layperson's knowledge is not up to the task of an adequate defense. Even a DUI lawyer does not try to master every DUI law, but instead specializes in only one or two.

Another option is to accept a court-appointed lawyer, which may be somewhat better. However, he or she cannot provide the same defense as a private DUI lawyer. In addition, the budget court-appointed lawyers receive is much lower than those from the prosecutor's office so they, by necessity, have fewer resources with which to assist the person facing a DUI charge.

Hiring a DUI lawyer, despite the expense, is the better choice. He or she can map out the best strategy based on the circumstances of the case. Also, he or she has the expertise and the means to find loopholes for clients.

For example, most state prosecutors do not really consider a DUI case a "real" criminal case despite it being categorized as such, thus they do not really prepare for the case. A DUI lawyer is still more knowledgeable, though, than a layperson because of the number of cases he or she handles or prosecutes every day. The same is true of the arresting officer whose DUI caseload makes it difficult for him or her to recall each specific incident.

On the other hand, a good DUI lawyer is an expert in defending this type of case and has the track record to prove it. He or she will even study the science involved in measuring intoxication levels and understands the tests' reliability. Readings from breath-analyzing machines can be erroneous by up to 50%. This has resulted in the dismissal of a significant number of cases. Police officers are also inconsistent in following correct procedure when administering a field sobriety test. He or she will take full advantage of this and have the penalties significantly reduced or even get the case dismissed on technical grounds.

For most people, drinking is an integral part of celebrating the holidays. Some drive after a glass or two but are definitely not intoxicated, while others get carried away and drive drunk. Those who are caught, or meet a traffic accident, face heavy penalties that a DUI lawyer can help decrease or even get dismissed depending on the circumstances. The cost of hiring one may be high, but it is cheaper than the price of regret.

1.51k
Facebook Twitter LinkedIn Google+ Pinterest WhatsApp Email Copy link Your browser does not support automatic copying, please select and copy the link in the text box, then paste it where you need it.