SUBMENU
5.36k
Facebook Twitter LinkedIn Google+ Pinterest WhatsApp Email Copy link Your browser does not support automatic copying, please select and copy the link in the text box, then paste it where you need it. 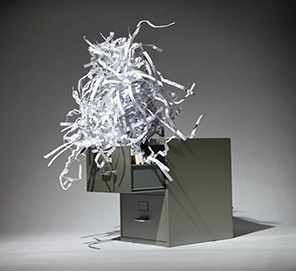 The Florida Department of Law Enforcement (FDLE) is the law enforcement agency which determines whether or not a person is eligible to Expunge or Seal their criminal record. See Florida Statute §943.0585 to view the law regarding Expunging and Florida Statute §943.059 regarding the Sealing of Criminal Records. Since a person may legally "deny or fail to acknowledge" their arrest, this is very valuable for many reasons such as employment, college, and one's reputation in the community. There are some exceptions which I will list for you.

The process usually takes a minimum of four months and specific forms have to be filed. Typically, it takes FDLE at least three months to issue a "Certificate of Eligibility" because they have to do an extensive background check to make sure the person has no convictions or open cases or warrants anywhere in the United States.

Charges which have been dismissed can be Expunged. Dismissal may occur in a variety of ways; The State may "No Action" a case at Arraignment, meaning that although the Police arrested you, nevertheless the State Attorney has decided not to prosecute. The State can also "Nolle Prosse" a case which was filed but the State decides they do not want to further prosecute the case, or perhaps the person has completed a Pre-Trial Diversion program. The Court may grant a defense Motion to Dismiss a case. Or the Court may grant a "Judgement of Acquittal" at Trial where the State did not prove the case. Or, a Jury may find the accused "Not Guilty". All types of crimes can be Expunged since the case has been dismissed and because the person has therefore not pled Guilty or No Contest. 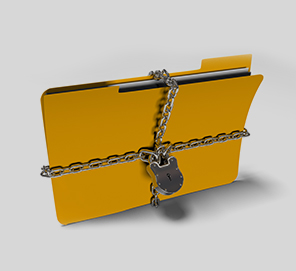 Sealed records are kept in a sealed envelope in a special warehouse. The information is removed from the Clerk's Website and therefore is not visible to the Public. FDLE and the NCIC will retain the records. I attach hereto a list of crimes which are not eligible for Sealing. These are crimes that, by their nature, the law wants to keep visible so that they cannot be denied.

A person may Seal a record in a case where they received a "withholding of the adjudication". That means they have not been "convicted" under Florida law. Typically, this occurs in the case of a first time offender in relatively minor Felony cases such as third degree felonies.

Practice note: I have been called upon to retrieve the contents of criminal files for Client's who need the documents (such as the Arrest Affidavit) for purposes such as Immigration. In both cases that were Expunged and Sealed, I have obtained Court Orders, which permitted the contents to be copied. Consequently, my observation is that nowadays files are not actually destroyed as they may have been in the past.

To be eligible, you must never have been adjudicated guilty or adjudged delinquent in the case of a juvenile, of any misdemeanor or felony offenses, nor have you previously Expunged or Sealed any other record. The case must be final and completed or closed, meaning any sentence or probation has been completely finished.

The general rule is that a person can only Expunge or Seal one criminal record in their lifetime. However, under some circumstances separate cases which "stem from the same nucleus of events" may be Expunged or Sealed. For example, a person commits Grand Theft by Shoplifting and then Flees from the Police. They are later arrested and charged in separate case numbers. The Court may agree to Expunge or Seal both in this situation. On the other hand, people who have more than one case and the cases are separate would have to choose which one they wish to Expunge or Seal. And again, this assumes that there has never been a conviction. For example, a person breaks into several parked cars in a parking lot. If all of the offenses are charged in one case the chances are good that the whole episode can be Expunged or Sealed. However, if each car is treated separately and each is filed as a separate case, they are likely to be considered separate crimes and only one case can be Expunged or Sealed.

Crimes which are NOT ELIGIBLE to be Sealed are as follows:

Illegal use of explosives;

Lewd, lascivious, or indecent assault or act upon or in the presence of a child under the age of 16 years;

Sexual activity with a child, who is 12 years of age or older but less than 18 years of age, by or at solicitation of a person in familial or custodial authority;

Burglary of a dwelling;

Manufacturing any substances in violation of §893;

Attempting or conspiring to commit any of the above crimes;

Procuring person under 18 for prostitution; 796.03

Lewd or lascivious offenses committed upon or in the presence of persons less than 16 years of age; 800.04

Florida Communication Fraud Act (Scheme to Defraud or Organized Fraud, as used in §817.034);

Lewd or lascivious offense upon or in presence of elderly person or disabled person; 825.1025

Generally, the Statute permits a person with an Expunged or Sealed record to Deny having been arrested and may fail to acknowledge having been arrested, however, there are exceptions and the law provided that the arrest cannot be concealed from certain agencies.

Arrests must be disclosed, even if Expunged or Sealed in the following instances:

Applicant for employment with a criminal justice agency;

When a defendant in a criminal prosecution;

Applicant for admission to The Florida Bar;

Applicant for employment with or to be licensed by the Department of Education, any district school board, any university laboratory school, any charter school, any private or parochial school, or any local governmental entity that licenses child care facilities.

Practice note: I have my Clients, for whom I have Expunged or Sealed their cases, call me when they are making an employment application. I review with them what they are required to disclose or not disclose. I also advise how they could respond to particular questions regarding the facts or disposition of their case. In today's competitive society, getting the job you want or into college you desire may very well turn on the answer to an application question!

While it is possible to Expunge or Seal a record yourself, the process is somewhat difficult. For a relatively small fee, the Jeffrey E. Feiler Law Firm will prepare all the documents you need to sign, submit them to FDLE to obtain the Certificate of Eligibility, distribute payments to all of the Agencies involved and ultimately schedule the Court Hearing and go to Court (so you do not have to go to Court) to have the Judge sign the Order to Expunge or Seal your record. For more information, call (305) 670-7700.

5.36k
Facebook Twitter LinkedIn Google+ Pinterest WhatsApp Email Copy link Your browser does not support automatic copying, please select and copy the link in the text box, then paste it where you need it.