How Much Can I Drink and Drive? Advice from Miami's Distinguished DUI Lawyer

SUBMENU
10.65k
Facebook Twitter LinkedIn Google+ Pinterest WhatsApp Email Copy link Your browser does not support automatic copying, please select and copy the link in the text box, then paste it where you need it. 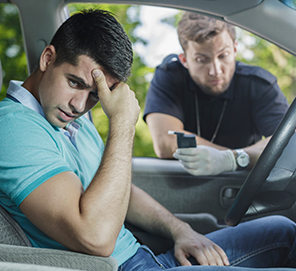 As a prominent DUI lawyer in Miami, I felt it was important to explore the issue of drinking and driving in South Florida. In Florida, it is unlawful to drive with a blood alcohol level of .08% or greater. It is therefore important to understand how much alcohol a person can drink without exceeding a .08 blood alcohol percentage. Here are some calculations which should be helpful. The math varies from person to person, but here are some general concepts.

Different alcoholic beverages contain varying amounts of alcohol. For example a 100 proof vodka is 50% alcohol. So, if a person consumes 2 ounces of vodka, he or she will have consumed 1 ounce of 100% ethanol alcohol. Wine on the other hand is approximately 13.5% alcohol by volume. Therefore, a person would have to consume 7 ounces of wine to equal approximately 1 ounce of alcohol.

Beer has even less alcohol by volume. Alcohol content varies as there are many types of beer. Assuming that an average beer contains 5% alcohol, then it would take approximately 16 to 20 ounces of beer to equal 1 ounce of alcohol.

Where people oftentimes run into trouble is not knowing how much alcohol is contained in the beverage they are drinking. For example, when we use the term "one drink", that could mean many very different things. If your "one drink" is a 6 ounce vodka martini with no mixers, you will consume about three ounces of ethanol in that one drink, putting most men over the legal limit. Whereas, if your drink is a vodka and cranberry juice with several ice cubes, then the amount of alcohol will be proportionately less than in the martini.

The best bet if you're drinking is to have a designated driver or call an Uber or Lyft. If you are not sure whether you're above the limit, trust your instincts: if you're feeling affected by alcohol, then you probably are! Alcohol affects people differently. One person can have one drink and be impaired, while their friend could better tolerate the same amount of alcohol. Also, what you ate, how much sleep you are getting, and many other factors can affect impairment, regardless of your actual blood alcohol content. Remember that DUI can be based on impairment as long as you have had any alcohol, even a relatively small amount. If you are impaired, driving is a danger!

Happy holidays and please drive safely! If you find yourself in a situation where you are being pulled over, and may be impaired by alcohol, you should consult with a DUI lawyer. Contact Jeffrey Feiler of The Feiler Law Firm at (305) 670-7700 to get proper representation in the event of an arrest or DUI charge.

10.65k
Facebook Twitter LinkedIn Google+ Pinterest WhatsApp Email Copy link Your browser does not support automatic copying, please select and copy the link in the text box, then paste it where you need it.