Legal Immunity and Speaking with Police: It's Not What You See on TV

SUBMENU
2.34k
Facebook Twitter LinkedIn Google+ Pinterest WhatsApp Email Copy link Your browser does not support automatic copying, please select and copy the link in the text box, then paste it where you need it.

The legal term "immunity" is generally used in two situations. The first is "Transactional Immunity", which occurs when a person is promised by the Government or State that they will not be prosecuted, at all, for a particular crime or criminal episode. This type of immunity is very rare (notwithstanding what we see on TV or in movies) 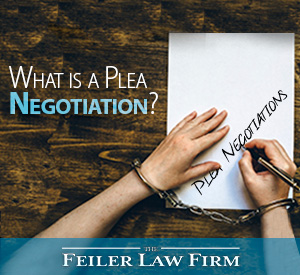 and is typically granted to someone involved in a crime or criminal organization and the authorities need their testimony to prosecute others more important to them.

The second category of immunity applies to when a person makes a statement to the authorities, pursuant to an agreement, where it is agreed that all or part of the statement cannot be used against them. Before explaining further, I cannot emphasize enough that a person takes a great risk when they speak to the police or agents who are investigating a case. I have had countless situations where, had my client not made a statement, he or she probably could not be prosecuted at all. Or, without the statement, the circumstantial evidence would alone probably have been too weak to convict them. They probably would have been able to obtain a plea offer substantially less than the one they received due to the statement. If you are considering telling the authorities "your side of the story", definitely speak to an experienced criminal defense attorney first, and don't go to the meeting without them! An attorney can help you understand what to disclose (and what not to). If you disclose too much, you could be ruining your chances for a dismissal or a strong plea negotiation.

The two immunities pertaining to statements are generally known as "use immunity" (sometimes known as "limited use immunity") and "derivative use immunity". The Government may provide something called a "Kastigar Letter" to convey that type of immunity. The State prosecutor will have a similar letter. The term "Kastigar" is from a Federal case in which Kastigar was the defendant.

"Use Immunity" simply means that what you say cannot be used against you. However, as always, law is not so simple, and what you say may be used against the person if the statement they make in their debriefing is a lie. Also, if the person goes to trial and testifies differently, the statement is allowed to be used as impeachment at their trial. So, for example, let's say the person is debriefed pursuant to a Use Immunity agreement, and they state an admission that they were one of the robbers at a jewelry store. Then, let's say that the prosecutor offers a plea of ten years, which the person does not want to accept and instead he goes to trial. After all, he was wearing a mask and it will be hard for the prosecutor to prove he was involved. At trial, he testifies that he was not at the jewelry store, he was elsewhere at the time. The prosecutor can then call the Agent as a witness to testify that the defendant in fact admitted he was in the jewelry store. Bottom line, if a person decides to make a statement, it better be true or it will bite him in the butt later. 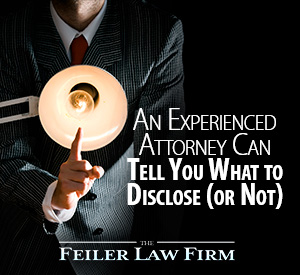 When Should You Consider Making a Statement?

Of course, it is a strategic decision to even have the meeting and tell the authorities anything. One better feel very confident that their testimony will either be of value or well received by the prosecutor so as to obtain a favorable plea offer. If the person who made the statement does not testify at trial, the admission cannot be used by the prosecutor in their case at all. There is nothing to impeach. Keep in mind that in an actual trial the jury is essentially waiting to hear from the accused that they didn't do it, and if the defendant doesn't testify, the jury may feel he has something to hide. Because of the admission, the defendant will likely have to stay off the witness stand. Even though the Judge will certainly instruct the jury that the defendant has a right not to testify and, should he not testify, that should not be held against him. Nevertheless, jurors are human, and it is natural for them to feel uncomfortable when they do not hear the accused say, "It wasn't me. I was not there."

"Derivative Use Immunity" is even trickier. Usually the authorities will not agree that they will not use information derived from the statement made to them. If the defense attorney cannot get the prosecutor agree that any evidence derived from the statement, then the Client finds himself in even greater peril. Here's what I mean. A person makes a statement that he was involved in the robbery of the jewelry store, along with Mr. Green and Mr. Blue. That statement cannot be used against him. The Police later make a deal with Mr. Blue, who agrees to testify at trial and turns over the hidden guns and stolen jewelry. Client decides to go to trial. The prosecutor cannot use any statement made by Client, but instead calls Mr. Blue as a witness, who testifies about the robbery and about Client being there. Had Client not told the authorities about Mr. Blue, they would likely never have known about him. Bottom line, if a Client makes a statement and does not have complete Derivative Use Immunity, then he better hope for the best and be prepared to accept just about any plea offered to him. He is effectively killing his chance of winning the case at trial.

For more information on immunity and legal representation while speaking to police, contact The Feiler Law Firm at (305) 670-7700.


2.34k
Facebook Twitter LinkedIn Google+ Pinterest WhatsApp Email Copy link Your browser does not support automatic copying, please select and copy the link in the text box, then paste it where you need it.