SUBMENU
1.69k
Facebook Twitter LinkedIn Google+ Pinterest WhatsApp Email Copy link Your browser does not support automatic copying, please select and copy the link in the text box, then paste it where you need it. 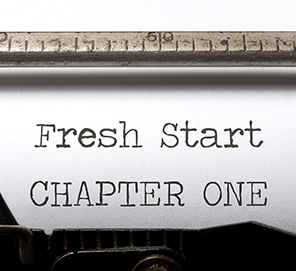 You went out drinking over Halloween, and got into a little bit of trouble. Maybe you hit a checkpoint, or the loud group of friends you were kind enough to drive attracted the attention of an officer on high alert over the holiday. We all make mistakes  and until recently, a DUI was one mistake that was very hard to get erased.

Luckily for you, there's a new Program in town  and it's called Back On Track (BOT). Your Miami DUI lawyer may be able to get you into this Program, and get your DUI dismissed. What is Back on Track? Well, BOT is a DUI Diversion Program in Miami, and if your criminal defense lawyer can persuade the State Attorney that you qualify for BOT, then a deal is made where the DUI charge is eliminated.

Who's Eligible for the Back On Track (BOT) Program?

BOT is generally available to first time DUI offenders. However, there are a number of issues which may cause an offender to be disqualified or they may not be eligible. These include the following:

How Does It Work?

A Defendant charged with a first time DUI (can attempt this on their own, but they will be better served by having an experienced criminal defense attorney represent them) or their attorney goes to Court at one of the preliminary proceedings, such as the Arraignment, or contacts the State Attorney prior to a Court hearing. The defense attorney and prosecutor review the case and verify eligibility.

Sometimes there is a problem that the attorney can explain away and obtain an agreement. Sometimes the Prosecutor or the defense attorney needs to speak with a Chief or Assistant Chief Prosecutor to get permission for their Client to enter the BOT Program.

Once permission is obtained, the Defendant with Counsel appear before the Judge to accept the terms. The Defendant agrees to complete the BOT Program and not violate the law for one year. At the end of one year, the parties return to Court where the DUI citation is "Amended", which means changed, to the charge of Reckless Driving. At this point, the Defendant receives a "Withholding of Adjudication", which means they are NOT convicted, and also (most likely) will be allowed to take another step to SEAL the record.

If the record gets sealed, it is no longer visible to the public and the Defendant (in most instances) will be permitted to deny that they had been arrested and/or not have to acknowledge the DUI.

What Does the Program Involve?

The Program consists of the Defendant completing most of the DUI "minimum mandatory" sanctions. These include:

There are costs for the Program, usually administered by The Advocate Program or Court Options Program, as well as Court costs.

What About My Other Tickets?

If you received any additional citations for Infractions along with the DUI (such as Careless Driving or Running a Red Light) DO NOT PAY them if you get into BOT. As part of the deal, they will be carried along and ultimately dismissed at the one year mark when the case is concluded.

We are very lucky to have a wonderful State Attorney in Miami to allow this Program, as most other places do not have DUI Diversion Programs. Your lawyer can represent you for a reduced fee and you can control your own destiny in these DUI cases, which may be otherwise difficult to win. For more information about your recent DUI charge or other Criminal Defense matter, feel free to call me, Jeffrey Feiler, at (305) 670-7700.

1.69k
Facebook Twitter LinkedIn Google+ Pinterest WhatsApp Email Copy link Your browser does not support automatic copying, please select and copy the link in the text box, then paste it where you need it.