SUBMENU
3.55k
Facebook Twitter LinkedIn Google+ Pinterest WhatsApp Email Copy link Your browser does not support automatic copying, please select and copy the link in the text box, then paste it where you need it. 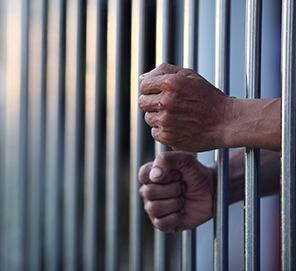 As a local Miami Criminal Lawyer, I'd like to offer some insight on the history and handling of Nebbia, Arthur, and Pretrial Hearings. In the 1970's, there was an epidemic of drug importation cases. "Mules" would bring drugs into the U.S. from other countries, such as Colombia. The DEA would sometimes catch and arrest the importers. The Court would set bond in the amount of hundreds of thousands or even millions of dollars. The Cartel would post the bond in cash and then smuggle their guy out of the U.S. Forfeiting the bond became just a cost of doing business. They would more than make up the loss on the next shipment.

In an effort to combat this practice, the Government created Pre-Trial Detention (No bond) for people who were a flight risk. Another method was to require a pre-condition for release on bond. Defendants had to prove that the money being posted was from a legitimate non-criminal source. The 1966 case, United States v. Nebbia (357 F2d. 303) became the namesake for a special "Nebbia Hearing" where a Defendant could try to satisfy that condition in order to be released. The same concept is applied in Florida by Statute 903.046.

To satisfy the Nebbia requirement, the Defense Attorney themselves or with the assistance of a Bail bondsman will typically prepare a Nebbia package. There is no exact formula, but it usually consists of tax returns, bank statements, paychecks, W2's, or 1099's, which show where the money was coming from. It usually comes from the family or friends of the Defendant. The money in question is being used to pay the "bond premium", which is 15% for Federal "Corporate Surety bonds" and 10% in State cases, plus collateral for the full amount of the bond.

For example, let's say the Federal Judge determines the bond is $50,000 Corporate Surety. The family would have to show the $7,500 being paid to the Bail bondsman for the "bond premium" is from a legitimate source. Also, they would have to demonstrate that the property (perhaps a house or car) serving as collateral was purchased with legitimate proceeds, and the equity has been acquired through legitimate mortgage payments, such as from their employment.

The usual sequence of events, both in State and Federal Courts, is as follows: first, a person is arrested. The next day, he or she appears before a Magistrate Judge at a Bond Hearing, also called a First Appearance. The Judge sets the bond amount and conditions. If the Court imposes a Nebbia condition that must be satisfied, the Defense Attorney and Bail Bondsman work fast to put together a qualifying package and get it over to the Prosecutor to review. If the Prosecutor is satisfied, the Court is notified. Where permitted, the Attorneys contact the Judge directly and let the Judge know. The Judge might then notify the US Marshall's or Department of Corrections. Otherwise, the Defense Attorney needs to place the matter on the Court Calendar as quickly as possible. That takes at least another business day while the Client remains in custody. Over a holiday weekend, the next business day could be three days later. If the Prosecutor does not agree, the Attorney needs to set the matter for a hearing - again, as soon as possible. The Attorney must then convince the Judge that the proceeds are legitimate.

In Federal Court there is another type of bond called a "Ten Percent Bond". This bond does not require a Bail bondsman. The funds are placed in the Court's Registry. Those funds could be subject to a Nebbia requirement as well.

Another type of bond in Federal cases is a "Personal Surety Bond", also known as a "Signature Bond", which does not require a monetary transaction. As such, there is usually no Nebbia condition.

An Attorney experienced in satisfying Nebbia conditions and perhaps an experienced Bail bondsman can save a Client from unnecessarily spending extra days in a jail cell.

Arthur Hearings occur in State Court when a Defendant is being held without bond. The leading case is the 1980 Florida Supreme Court case, State v. Arthur (390 So.2d 717). This case pertains to offenses for which a Defendant does not have a bond amount set, such as in Capital cases, and are being held with "no bond". Usually, the Division Judge will not set the Arthur hearing until after the Arraignment, which is at least three weeks after the arrest. The Judge waits to see what charges the State will file. Then, it takes anywhere from a few days to even weeks to get the hearing. So, the Client can spend several weeks in jail when accused of a no bond offense.

The good news is that the State must meet the standard known as "proof evident presumption great", which is the highest burden of proof in criminal law - even greater than the "proof beyond a reasonable doubt " standard.

An Arthur hearing is an evidentiary hearing, which is sort of a mini trial. The hearing is streamlined, allowing the State to proceed in part with Affidavits. The hearing has two parts: first, the Proof stage. If the State does not carry their burden, the Judge sets a reasonable bond. The second stage is the Bond stage. Even if the State carried their burden, the Court can still set a bond. Where the Defendant may be a risk of flight, the Judge might require "house arrest with an electronic monitor". The Defendant might be allowed to work, but otherwise must be at home. Where the Defendant is a danger to the community, the Judge probably will most likely not let them out on bond. State Court Judges are willing to give bond, even in serious cases, where the circumstances warrant bond. Of course, there are some Counties and some Judges who are very conservative. It's important that an experienced Attorney understands the idiosyncrasies of the Judge.

Pretrial Detention Hearings occur in Federal Court when the Government wants a Defendant to be held without bail. At the First Appearance Hearing, if the Government declares they are seeking Pre-Trial Detention a hearing, it must be set within three days. The Defendant can extend the time of the hearing for an extra two days if they need more time to prepare.

The Government has the burden of proving the Defendant is either a "risk of flight" or a "danger to the community".

Magistrate Judges tend to be conservative, and although there are exceptions, will tend to grant the Government's request.

The Defense Attorney needs to do a good job from the start, because once their Client is Detained, they
will likely stay in custody until their Trial or Sentencing in the event of a Plea.

Contact the Jeffrey Feiler Law Firm at (305) 670-7700 if you have any questions about Bond in criminal cases, Nebbia, Arthur hearings or Pre-Trial Detention.

3.55k
Facebook Twitter LinkedIn Google+ Pinterest WhatsApp Email Copy link Your browser does not support automatic copying, please select and copy the link in the text box, then paste it where you need it.