SUBMENU
1.62k
Facebook Twitter LinkedIn Google+ Pinterest WhatsApp Email Copy link Your browser does not support automatic copying, please select and copy the link in the text box, then paste it where you need it. 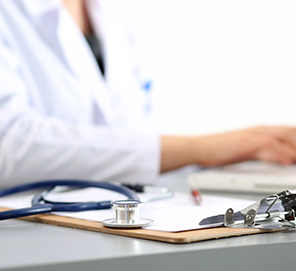 On May 2, 2014, Florida became the latest state to pass a highly restrictive 'medical marijuana' bill to allow limited access to cannabinol based medical marijuana. The bill, often referred to as the "Charlotte's Web" bill, would legalize this specialized strain of cannabis for a small number of patients.

The original bill only focused on children with seizures, however it was expanded to a restrictive number of cancer patients as well. The bill allows access to this particular strain of cannabis (Charlotte's Web), which is low in THC and high in CBD content, similar to bills passed in at least six other states this year, including Alabama, Iowa, Kentucky, Utah, Mississippi, and Wisconsin.

The bill allows patients with cancer and conditions that result in chronic seizures or severe muscle spasms to use marijuana that contains 0.8% THC or lower and 10% CBD or higher. Patients can administer the medicine via pills, oils, or vaporization, but smoking is prohibited.

The "Charlotte's Web" bill is very restrictive. It was the only way for Republicans to stay in the running, politically, this November as the overwhelming majority of Floridians feel marijuana should be legal in the state.

Polls show the ballot proposal has a strong chance of success. If the amendment passes, the 2015 Legislature will have to pass implementing legislation specifying medical marijuana operation and cultivation.

Jeffrey Feiler is a well-known Miami Criminal Lawyer who has been successfully defending the rights of clients for over 30 years with a reputation for getting impressive results.

1.62k
Facebook Twitter LinkedIn Google+ Pinterest WhatsApp Email Copy link Your browser does not support automatic copying, please select and copy the link in the text box, then paste it where you need it.