SUBMENU
2.48k
Facebook Twitter LinkedIn Google+ Pinterest WhatsApp Email Copy link Your browser does not support automatic copying, please select and copy the link in the text box, then paste it where you need it. 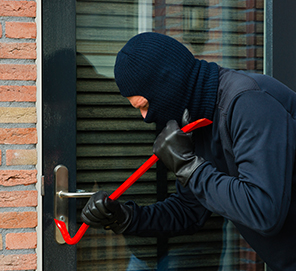 Crimes relating to property are often misunderstood. However, it's important to know the difference, and know what the boundaries of a person's property are to both prevent and protect yourself from a difficult situation. If you're not sure whether or not it's legal for you to be on someone's property, the safest route is to get permission, and when in doubt, always consult with a local Miami, Florida criminal defense attorney.

There is a difference between Burglary and Trespassing. To trespass, one simply enters the property of another without permission. The offense rises to a burglary when there is an intention to commit a crime therein. So, if you walk onto your neighbor's porch only to sit down and rest your weary feet that is trespassing since you do not have their permission, nor do you have the intention of committing any other offense. However, if your intent is to steal something on the porch that is a burglary. Or to set the porch on fire. Or to paint graffiti on the wall. The intent to commit any offense on that property converts the crime of trespass to a burglary. Technically, the defendant does not have to succeed in committing the offense. For example, the accused intended to set the porch on fire (the crime of Arson) but the matches were all wet. That is still a Burglary (however it is difficult to prove intent as that is an operation of the mind).

2.48k
Facebook Twitter LinkedIn Google+ Pinterest WhatsApp Email Copy link Your browser does not support automatic copying, please select and copy the link in the text box, then paste it where you need it.