SUBMENU
1.74k
Facebook Twitter LinkedIn Google+ Pinterest WhatsApp Email Copy link Your browser does not support automatic copying, please select and copy the link in the text box, then paste it where you need it. 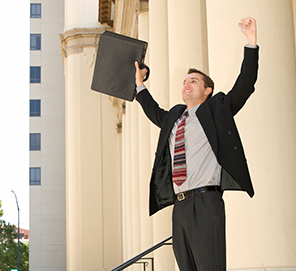 Today, I want to share a recent criminal defense case story. A distraught individual contacted me with serious charges: she had been in a car accident in which the driver of the other vehicle died, and was now charged with DUI Manslaughter. She did the right thing by contacting a Miami criminal defense attorney: in Florida, a DUI Manslaughter conviction typically carries a sentence of many years in prison.

My client was having lunch in Coral Gables, and she had two glasses of wine. She didn't feel impaired. While driving home, she had an accident in an intersection. She and a witness said she had a green light. The surviving passenger in the other car said instead that it was their car which had the green light, as did another witness who was a professional limo driver.

Cause of the accident is a key issue in a DUI Manslaughter case, and in this one there was conflicting evidence. The driver of the vehicle, who died as a result of the accident, was an 80 year old man. He and the passenger were rushing to the home of their 55-year old son, who was threatening to commit suicide. My client had smoked marijuana two days before, but not since. At the scene, the police drew blood for analysis. The Police did not conduct any drug recognition testing at the scene. Plus, the accident was severe and my client was a bit injured and very shaken up. The results came back with a .07% blood alcohol level, below the legal limit, and positive for cannabis. My client also had a record: she had a misdemeanor marijuana case in her past.

The State elected to prosecute, and she was facing many years in prison if convicted. This case raises the question of how to deal with a blood or urine test that reveals a chemical substance in the blood. Tests cannot show when the chemical substance was consumed, how much was used or whether the substance had an impairing effect at the time of the accident. Clearly, marijuana consumed two days before no longer had any lingering euphoric effect. On the other hand, how would the jury know that she had not consumed it two hours before? Was she high at the time of the accident?

As her criminal defense attorney, I could, if I dared, decide to put a witness on the stand to testify that my client had consumed the marijuana a couple of days before the accident. However, that fact does not guarantee that she did not consume it again. The witness wasn't watching her at all times. The State Expert likewise cannot say when the substance was consumed, and it could have been substantially before the accident, and therefore of no impairing effect.

Theoretically, the State has the burden of proof  in court, it is the State of Florida's job to prove that my client was in fact impaired at the time of the accident. However, we have to take into account the extreme gravity of the situation. A person is dead; the jury will not be happy that our client is a marijuana smoker.

Given all this conflicting information, I pursued the route that I believed would best serve my client. I determined that it would be best not to go to court. After two years of litigation, I was able to secure a Plea which did not require any time served in prison. The final sentence involved some supervision, and had many conditions attached.

While there is a chance this case could have been won in trial, if this case had been lost in trial, the sentence would have been devastating  spending time in prison was her worst case scenario and worst nightmare! I was not going to let that happen. With strong litigation, I was able to make sure that her DUI Manslaughter charge resulted in no prison time at all. I was pleased with the result, and agreed with the client's decision not to take her chances at trial.

If you are facing criminal charges, you should get the best representation possible. A good criminal defense lawyer will be able to analyze your situation and create the best outcome possible for you. Contact Jeffrey Feiler of the Jeffrey Feiler Law Firm at (305) 670-7700 to discover the best options for your case, today!

1.74k
Facebook Twitter LinkedIn Google+ Pinterest WhatsApp Email Copy link Your browser does not support automatic copying, please select and copy the link in the text box, then paste it where you need it.