SUBMENU
1.58k
Facebook Twitter LinkedIn Google+ Pinterest WhatsApp Email Copy link Your browser does not support automatic copying, please select and copy the link in the text box, then paste it where you need it. 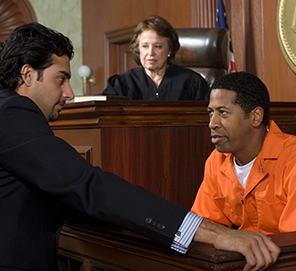 The rise in prosecutors' power has made finding an experienced and strong lawyer to represent you essential. There is a disturbing trend that has escalated in recent years. Prosecutors are gaining more power and have been able to win more cases through threats. By indicating that they will seek harsher punishments if the case goes to trial, many defendants opt for the plea bargains and say they are guilty. The innocent are being hurt as prosecutors avoid trials yet add winning cases to their records

The reality of plea bargains is that they benefit the prosecution because the defendant must admit their guilt. The defendant loses the opportunity to present the case in court while ending up with a long sentence. The fear that the prosecution will seek an even harsher sentence is enough to scare many defendants and inexperienced lawyers. Studies focusing on this shift of power in the courtroom have indicated that it is getting worse. Finding a good lawyer who can provide the proper council and fight the prosecution's threats is essential to winning a case.

The prosecution is able to avoid the courtroom, judge and juries by threatening and scaring the defense. Often, inexperienced lawyers and frightened defendants are no match for their tactics. Additionally, mandatory sentencing laws have made this process easier for prosecutors. These laws allow them to circumvent the justice system and focus on getting a tough sentence instead of proving their case. Mandatory minimum sentencing also continues to be a serious issue that is abused by the prosecution. Numerous studies have shown the disproportionate number of minorities who fall prey to this type of sentencing. A public defender simply cannot devote the proper amount of time, energy or resources to protect people from the vices of the prosecution.

One of the main indicators that the prosecutors' power has continued to grow is that the number of cases that go to trial is falling. Judges and juries are seeing fewer felony cases in court, but this is not because crime is decreasing in the country. Prosecutors are simply handling these cases before they get a chance to go to trial. The plea bargains are dramatically changing the landscape of law in this country. They always benefit the prosecution, but often hurt the defendants.

Defendants are rightfully scared by the threats of many prosecutors. If they refuse to take a plea bargain, the prosecution states they will face harsher sentencing at trial. These are not empty threats. Studies have shown that the prosecution acts upon its words, so the fear is legitimate. Many people are aware of this issue, so they prefer not to risk facing the more severe penalties.

The disturbing trends in the current law system show that having an experienced lawyer on your team is crucial. The prosecution has been able to gain a tremendous amount of power in recent years, and there does not seem to be an end to it. The only way to fight this is with a strong defense attorney on your side.

1.58k
Facebook Twitter LinkedIn Google+ Pinterest WhatsApp Email Copy link Your browser does not support automatic copying, please select and copy the link in the text box, then paste it where you need it.