This Miami Resident Was Wrongfully Arrested for Domestic Battery. Discover How Jeffrey Feiler, a Top Criminal Defense Lawyer, Got His Case Dismissed!

SUBMENU
1.53k
Facebook Twitter LinkedIn Google+ Pinterest WhatsApp Email Copy link Your browser does not support automatic copying, please select and copy the link in the text box, then paste it where you need it. 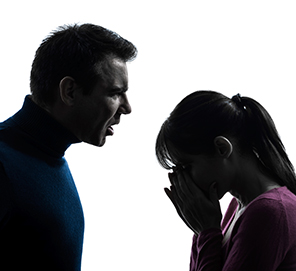 Recently, an attorney referred a client to me. The young man was charged with Domestic Battery. He was 27, and had been married for two years. He and his wife were having an argument. It became loud, and a neighbor called the police. The wife had slapped him a couple of times. He had grabbed her wrists, and nothing more. The police arrived to investigate the call.

Even though the police really didn't want to arrest him, law enforcement officers have a mandate to arrest one of the participants when domestic violence is involved. "Domestic" typically refers to married persons, family members, and people in a relationship. The police mandate is meant to save lives: when the police break up a fight and then leave the fight, in many cases the fight resumes after they leave, and someone ends up seriously hurt or dead. On the other hand, many people are needlessly arrested and unnecessarily prosecuted. Also, police tend to arrest the male, even though, in many cases, the female may be the aggressor.

Unlike other crimes where an accused can post bond, in domestic violence cases, the accused must stay in jail until he or she is brought before a judge. Then, the Judge typically issues a "stay away" order. This means that the accused cannot come within 500 feet of the "alleged victim".

The State Attorney's office's policy is to vigorously prosecute domestic violence cases. Again, this has saved many lives, which is great, however, it is very difficult to get unwarranted cases dismissed. I ultimately spoke to the prosecutor. I met with her, along with the wife, who explained that she actually was hitting him and he only grabbed her wrists to stop her. I was prepared to go to trial to prove that my client acted in self-defense. However, the prosecutor was smart and reasonable, and she agreed with my defense. She then Nolle Prossed (dismissed) the case.

Had the Police correctly arrested the wife instead of the husband, and I was her lawyer, I might have made an agreement with the State that the wife complete the domestic violence pre-trial diversion program. She would have to attend educational classes for 26 weeks, which is time consuming, but after the course is complete, the case then gets dismissed.

If you need information or are looking for legal representation in a criminal domestic battery case, call the Jeffrey Feiler Law Firm.

1.53k
Facebook Twitter LinkedIn Google+ Pinterest WhatsApp Email Copy link Your browser does not support automatic copying, please select and copy the link in the text box, then paste it where you need it.