Hiring a Competent Criminal Defense Lawyer is Crucial to Protect Your Rights Before, After and During a Trial
SUBMENU
1.93k
Facebook Twitter LinkedIn Google+ Pinterest WhatsApp Email Copy link Your browser does not support automatic copying, please select and copy the link in the text box, then paste it where you need it. 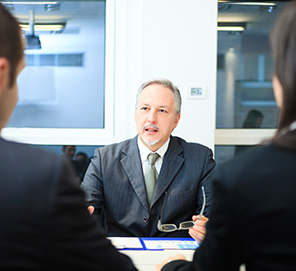 According to statistics published by the Innocence Project, a nonprofit organization committed to exonerating the wrongfully imprisoned, 281 men and women have been exonerated and released in the United States since 1989. Additional advances in forensic science over the last two decades have without a doubt cleared hundreds more during the appeal process. But unfortunately, due to poor legal representation, these exonerations of criminal charges never came to fruition. In order to shed light on this controversial issue, consider the following well-publicized cases. You will see that, often, men who have been imprisoned for decades due to legal pitfalls could've gone free if they'd had a thorough legal defense.

Phillip Bivens
The case against Phillip Bivens, a Mississippi man accused of raping and murdering a woman in front of her four-year-old son, seemed clear. Three men had confessed and testified to their part in slaying the victim, and eventually, Bivens received a life sentence in 1980 for his alleged role in the crime.

However, an investigation decades later, concluded that Bivens had been unlawfully coerced into confessing to a crime that he and his associates did not commit. Bivens' post-trial legal counsel successfully argued that the written confessions of the three men contained obvious inconsistencies. Bivens' counsel also pointed out that the only witness to the crime consistently stated that there was only a single perpetrator, not three.

To make matters more conclusive, DNA tests from 2010 proved that none of the three men convicted of rape and murder was the perpetrator. As a matter of fact, forensic evidence implicated another rapist and murderer who was, ironically, already imprisoned for rape and murder near Bivens' hometown. If Bivens had his constitutional rights protected by a capable defense attorney during his original trial, he would never have had to wait 30 years for an exoneration.

Cornelius Dupree
The wrongful conviction of Cornelius Dupree follows a different course than that of Phillip Bivens. In 1980 Dupree and his friend Anthony Massingill were convicted of aggravated robbery in Texas. Dupree allegedly kidnapped and robbed a young man and woman at gunpoint before abducting and raping the woman. A few hours after the incident occurred, Dupree and Massingill were detained by police since the two men fit the description of the perpetrators given by the victims and were in possession of a firearm. Eventually, Dupree received a 75-year prison sentence for the crime.

During appeals, Dupree's counsel contended that he'd been mistakenly identified by the female victim due to unfair identification procedures. Defense attorneys also highlighted the fact that the male victim in the case never could identify Dupree or Massingill as the perpetrators in the original photo lineup. After serving 30 years in a Texas state prison, Dupree was paroled in 2011. A mere two weeks later, forensic evidence proved neither Dupree nor Massingill were the perpetrators.

Taken together, these two cases of the wrongfully convicted stress the importance of an experienced legal defense in felony cases. Both Dupree and Bivens could have avoided serving three decades in prison by hiring a competent criminal defense lawyer who would have protected their rights before, after and during their trial.

Jeffrey Feiler is a well-known Miami criminal defense lawyer who has been successfully defending the rights of clients for over 20 years with a reputation for getting impressive results. Miami Criminal Lawyer, Jeffrey Feiler and The Feiler Law Firm are compassionate to individual's needs, while simultaneously obtaining desired resolutions and judgements.

1.93k
Facebook Twitter LinkedIn Google+ Pinterest WhatsApp Email Copy link Your browser does not support automatic copying, please select and copy the link in the text box, then paste it where you need it.