What Is Insanity, and How Does It Fit into Florida State Law?

SUBMENU
2.8k
Facebook Twitter LinkedIn Google+ Pinterest WhatsApp Email Copy link Your browser does not support automatic copying, please select and copy the link in the text box, then paste it where you need it. 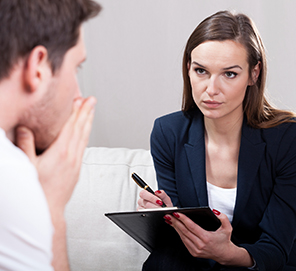 Today, I'd like to lend my advice as a criminal lawyer in Miami on the confusing and often misunderstood matter of criminal insanity. Florida follows the Common Law M'Naghten Rule as the standard and the test for criminal insanity. Basically, the Common Law Rule is that a criminal defendant is not guilty by reason of insanity, if, at the time of the alleged criminal act, the defendant was so deranged that he or she did not know the nature or quality of his or her actions or, if he or she knew the nature and quality of their actions, they were so deranged that they did not know that what they were doing was wrong.

The Rule on criminal insanity is named after Daniel M'Naghten, who, in 1843, tried to kill England's Prime Minister Sir Robert Peel. M'Naghten suffered from the delusion that Peel wanted to kill him, so he tried to shoot Peel. Instead, he shot and killed Peel's Secretary, Edward Drummond. Medical experts testified that M'Naghten was psychotic. M'Naghten was found not guilty by reason of insanity. In response to public pressure, the House of Lords in Parliament ordered the Lords of Justice of the Queen's Bench to fashion a strict definition of criminal insanity (Queen v. M'Naghten, 8 Eng. Rep. 718 [1843]).

Today, the public frequently believes that a person can fake insanity or that a person can be "temporarily insane". In reality, this is not true. Realistically, any defendant claiming insanity as a defense would have to have a well-established history of a major mental health illness. People with "diminished mental capacity" short of insanity are generally not even permitted to introduce their mental health condition into evidence. There are objective psychological tests for "malingering" which prevent people from faking a psychological illness. Concepts such as Irresistible Impulse and Voluntary Intoxication are prohibited from being defenses in Florida.

If a serious crime was committed and you wish to know more about Insanity or other Mental Health defenses including such conditions as Battered Spouse Syndrome or Post Traumatic Stress Disorder (PTSD), contact attorney Jeffrey Feiler at the Jeffrey Feiler law Firm.


2.8k
Facebook Twitter LinkedIn Google+ Pinterest WhatsApp Email Copy link Your browser does not support automatic copying, please select and copy the link in the text box, then paste it where you need it.