SUBMENU
1.66k
Facebook Twitter LinkedIn Google+ Pinterest WhatsApp Email Copy link Your browser does not support automatic copying, please select and copy the link in the text box, then paste it where you need it. 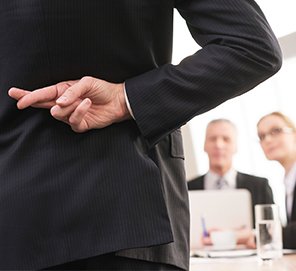 Federal Fraud prosecutions have comprised a large percentage of Federal criminal cases during this decade. Mortgage Fraud and Bank Fraud cases were abundant in the Southern District of Florida in the years after 2008 following the real estate boom and crash. Banks were handing out loans with no income verification, which invited fraudulent financial representations. Straw buyers with good credit were frequently used by unsavory characters to purchase properties with artificially inflated prices. Sometimes "duplicate HUDs" were used by such players to get the banks to loan excessive amounts based upon phony valuations. The other largest area of Fraud were clinics defrauding Medicare to the tune of billions of taxpayer dollars.

Medicare Fraud is accomplished a number of ways. These include billing for patients never actually seen, billing for services not actually performed for the patient and billing for medications that patients didn't actually need. In the latter instance, sometimes the business plan of the entire clinic was to diagnose patients with illnesses they did not actually have and then give the patients extremely expensive medications as their treatment. To add insult to injury, the clinic did not even give the patients the medication and instead gave them an IV with saline. Although, it would arguably have been worse to give the patients unnecessary medication. The clinics actually had extremely little of the medication on hand and so could not possibly have administered the quantity of medication for which they were billing. The patients were usually "street people" who could be paid a pitifully small amount of money to show up and receive their phony treatment. In addition to clinics, the same types of Fraud were utilized by certain Home Health providers seeing patients in their home. One such doctor could never be prosecuted because the patients had either died or had dementia to the extent that the Prosecutor essentially had no witnesses regarding the services not provided. That greedy doctor did himself in because he had the audacity to bill for more patients then he could possibly see in a 24-hour period. The math finally did him in.

Often times, agents arrest everyone involved at the clinic. It's sort of fishing for tuna and pulling up a dolphin or two in the net. I have encountered situations where people working at a business did not necessarily know that Fraud was being committed. Once arrested, they would effectively be placed in a position of having to prove that they were innocent. Sometimes the real perpetrator or conspirators would agree to plead guilty and make a substantial assistance deal. The more people they gave evidence against, the greater credit they would be given against their sentence. These types would throw their own grandmother under a bus to save themselves some jail time. Naturally, they would claim that the bookkeeper or receptionist knew about the fraud whether it was true or not. 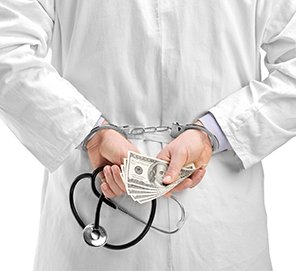 Other common Federal Fraud prosecutions involved "Biz Ops" such as where boiler room telemarketing sales were made involving commodities such as Gold and Silver or vending machines such as Pay Phones and Video Machines. In those cases, the problem was with the representations being made to customers or investors to induce them to purchase or invest. The telemarketers generally knew or were in an environment where it became obvious (from the complaints of people losing their money) that the investment was not actually working. Investors were referred to "shills" who lied, claiming to themselves being an investor making a great return, when they were, in fact, the owner's uncle or paid spokesperson. Again, in these cases it is entirely possible that a worker did not know what was happening, but once arrested, they would have to convince a jury that, notwithstanding the circumstantial evidence (and perhaps the testimony of someone who had made a deal), they were actually innocent. There is a jury instruction on the concept of "deliberate ignorance", which is a major weapon in the Prosecutor's arsenal. If a worker chose to be deliberately ignorant (like Sergeant Schultz on Hogan's Heroes) that is considered the same as having "actual knowledge". Hence, the Government could show that under the circumstances the worker chose to bury his head in the ground like an Ostrich and deliberately avoid seeing what was happening while he continued to make sales and earn commissions. As such, the jury is instructed to treat the evidence just as if the defendant had actual knowledge of what was happening. This is a very powerful weapon, and one that leads to many defendant's entering pleas of guilty rather than going to trial and taking their chances.

I have represented clients in each and every one of the above types of cases and other Frauds. Some were acquitted, others convicted, and most entered into plea agreements where I was able to limit their exposure. However, judges views on "white collar" crimes vary widely. I have seen very liberal sentences all the way to extreme prison sentences. This is a very complex area of law. The amount of documents I have seen in my cases are typically in the thousands and one of my cases topped one million documents. I suggest anyone under investigation or arrested in a Federal Fraud case to consult with a very experienced criminal defense attorney in order to fully understand the case against them and obtain the best possible result.


1.66k
Facebook Twitter LinkedIn Google+ Pinterest WhatsApp Email Copy link Your browser does not support automatic copying, please select and copy the link in the text box, then paste it where you need it.