Why Do Plea Bargains Exist, and How Do Florida and Federal Courts Handle Them?

SUBMENU
1.97k
Facebook Twitter LinkedIn Google+ Pinterest WhatsApp Email Copy link Your browser does not support automatic copying, please select and copy the link in the text box, then paste it where you need it. 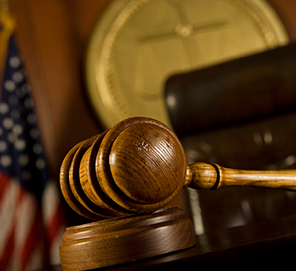 As a Florida criminal defense lawyer with over 30 years of experience, I feel it's time to shed some light on plea bargains and why they exist. The reason is very straightforward. The fact lies within the complex and over-burdened court system.

It's simple math. In the calendar year 2015, twenty-six thousand (26,000) defendants were arrested and assigned Felony case numbers in Miami-Dade County, Florida. There are 52 weeks in a year, so approximately 500 people a week are arrested. There are five working days in the week, so approximately 100 new cases come in to the system every business day.

There are approximately 20 Circuit Court Judges in the Criminal Division, meaning that approximately five new cases come into each division each day or about 25 new cases per week in each division. In order to keep the divisional caseload constant, the Court must close at least 25 open cases per week. If the court does not, then the divisional caseload rises and rises to the point that it becomes impossible for the Judge to effectively manage their division.

How Each Division Works

Generally, each division works on a four-week cycle. The first week, called the "C" week involves less serious felony cases such as Grand Theft of a car. It is not uncommon to have 100 cases on the Trial calendar each "C" week of the month. It is imperative to eliminate as many of these cases as possible. These are the simplest type of case to resolve because most sentences involve no jail, perhaps no convictions, and Probation. 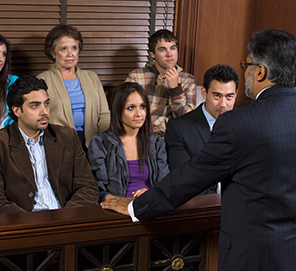 The next week would be the "B" week, which are more serious felony cases such as Burglary of a home (Dwelling). Again, a significant number of cases are set in the "B" week, making that week ripe to eliminate many open cases, as these cases can be resolved with short Jail terms or perhaps Probation.

The next week is the "A" week, involving very serious felony cases such as Armed Robbery and Drug Trafficking. There are far fewer of these cases and these cases are much harder to eliminate, because generally the stakes are very high for the defendant. The State is usually seeking many years in prison. There may be Minimum Mandatory or Habitual Offender provisions.

Finally, comes the "O" week, which is reserved for only the most serious cases such as Murder cases and cases from specialized divisions including the Sexual Battery Division or complex Economic Crimes cases. There are very few cases in the "O" week and these cases are extremely difficult to eliminate without a Trial because often times the State is seeking the Death Penalty, Life Imprisonment, or multi-year terms.

How Often Can the Court Actually Go to Trial? 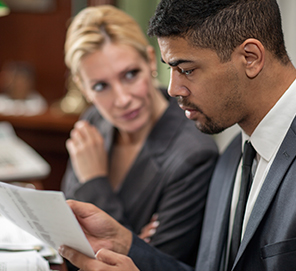 The Court can only go to Trial on one serious case in a week or perhaps three less serious, less time-consuming cases in a Trial week. So how can the Court eliminate 25 cases a week (100 cases per month) when even the most active and efficient Court can only go to Trial on at most 10 cases in a month? Invariably, 90% of the cases have to be resolved by some type of bargain between the State and the Defendant. Some Pleas involve the intervention of the Judge. All of the parties are in the same boat. They have to resolve a significant number of cases or their personal caseload will become unmanageable. This is certainly true for the Judge, the Assistant State Attorney and the Public Defender. It is less urgent for the Private Attorney who is not carrying as large and debilitating a caseload as the public practitioners. Hence, Private Attorneys have an advantage in that they have less self-imposed pressure, but they still do have pressure imposed by the Court System.

The Need for Plea Bargains

This is "why" plea bargains are necessary and essential to eliminate all of those cases that should not go to Trial. Remember that I told you, there are only two types of cases that should go to Trial. One is the case where the defendant is either innocent or has a very strong chance of winning. Second, cases where the defendant has very little or nothing to lose (such as the 60-year-old man who's being offered a Plea of 30 years in Prison where he was otherwise facing a life sentence).

Because of the never-ending infusion of new cases, plea bargaining is a fundamental practice in the criminal justice system.

Thus far, I have only mentioned the State Court system, however similar reasoning applies in the Federal Court system. In the Federal system, the number of cases are fewer and more manageable. However, the Federal Sentencing Guidelines system and the plea bargain paradigm in Federal cases is designed not only to close existing cases, but also, through "Substantial Assistance", to ferret out additional defendants who may later be charged with crimes. As such, the Federal system uses charges such as "Conspiracy" more often than they are used in the State system. Federal Law enforcement is always on the lookout for additional co-conspirators. The concept of "Substantial Assistance" is a major tool for a defendant in a Federal case to receive sentence reductions and perhaps to be sentenced notwithstanding minimum mandatories.

If you're interested in learning more about plea bargains, read our blog When and Where Do Plea Bargains Occur?

If you've recently been arrested or charged with a crime, don't hesitate to call Jeffrey Feiler at (305) 670-7700 for a criminal defense attorney with extensive experience in plea bargains in Miami and surrounding areas.

1.97k
Facebook Twitter LinkedIn Google+ Pinterest WhatsApp Email Copy link Your browser does not support automatic copying, please select and copy the link in the text box, then paste it where you need it.